“A lonely door built in the middle of the desert, a forest of lampposts, a mosque shaped like a spaceship; emptiness turns brutally into strangeness, creating a tension between people and their environment. This is Egyptorama—a road trip that leads nowhere.”

Stark photos by Julian Chatelin on Guernica that capture the Egyptian military’s role in the transformation of the country’s physical (and political) landscape. Abandoned tracts of desert are either unused military installations or, more often on the fringes of Cairo, state-military land sold to speculators close to the regime, to build an unsustainable and largely unrealized suburban dream in the desert. Via Arabist. 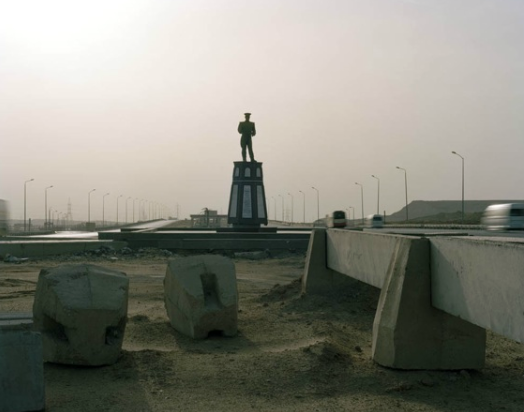